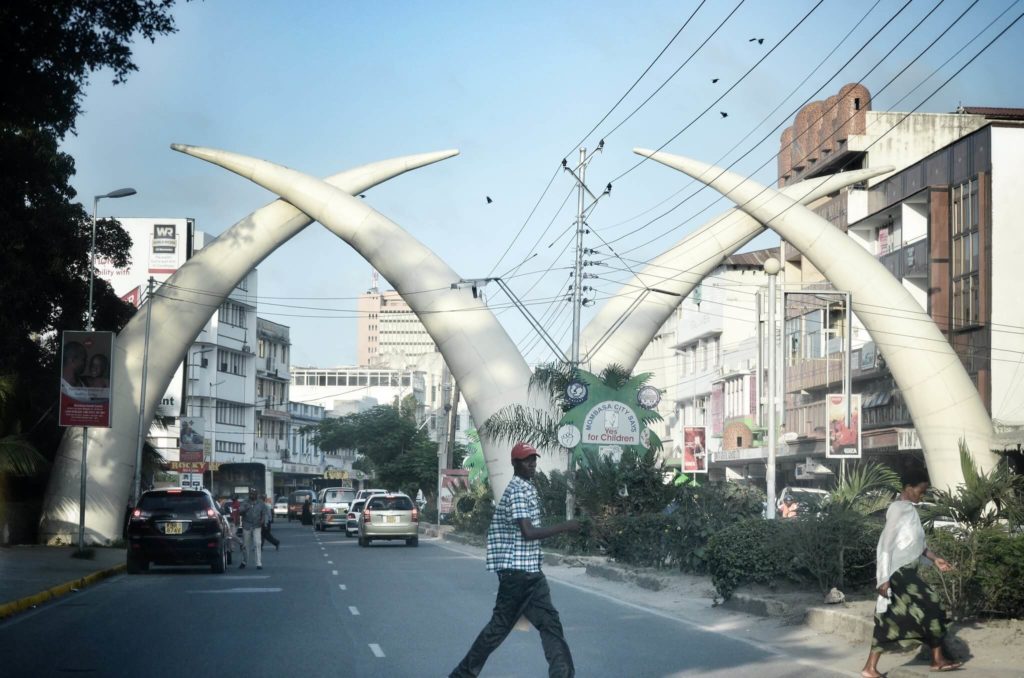 The coastal stretch of Kenya has important towns that include Malindi, Kilifi, Watamu and Lamu in the Northern part and Mombasa and Diani in the Southern part all of them combined sit on a 79,686.1 square kilometer area with an estimated population of 3,325,307 as per 2009.
Each of these towns are gifted with at least a tourist attraction with several underwater flora and fauna, marine creatures that are amazingly incredible beautified by the stretching coral reefs, crystalline water with white sand beaches along the Indian Ocean perfect for marine exploration in 3 of Kenya’s top Marine parks that include:

Gedi/Gede Ruins
A short distance away from Malindi Marine National Park and Reserve are the Gedi (Gede) ruins which is a historical and an archeological site housing a museum and Arabuko Sokoke forest sitting on a 420 square kilometer area between Kilifi and Malindi.

Vasco Da Gama Pillar
It is one of the oldest remaining monuments in Africa named after the Portuguese explorer who made stopover in Malindi to hire a local guide to voyage with him into India on his quest/exploration journey.

Watamu Marine Reserve
Watamu Marine National Park is one of Kenya’s oldest marine parks established in 1968 90 miles north of Mombasa bearing soft and hard coral reefs which produce adequate nutrients for at least 500 fish species in the main park and more than 1000 surviving in the reserve.
The largest marine animals include the manta rays, whale sharks, octopus and barracuda and the endangered sea turtles like Green, Hawksbill and the Olive Ridley turtles with snorkeling and diving as the main water sporting activities.

Mombasa Marine National Park and Reserve
Mombasa Marine National Park and Reserve is another of the coastal created in 1986 on a 100 square kilometer area and the reserve eats up to 200 square kilometer area and it is one of the most visited marine parks and reserves filled with warm azure ocean, swaying coconut palms on white sandy beaches perfectly suited for beach holidays, honeymoon or business trips as you refresh you mind and body. Other attractions aside from the white sand beaches are the migratory birds in Mtwapa and Tudor Creeks, blue waters suitable for windsurfing, water skiing, snorkeling, and diving.

Haller Park
Haller Park used to be a limestone quarrying site turned into an amazing paradise for wildlife animals like the giraffes, Cape buffalo, zebras, waterbucks, and hippos, and 160 bird species. Dr. Haller is said to have added the mineral content to the soil, planted trees and created more fish farm eventually creating a wildlife sanctuary.

Fort Jesus
This is Mombasa’s most visited attraction along the coastline next to old town standing as a monumental architectural piece constructed by the Portuguese in the 16th century but currently housing a museum with several of the artifacts from Mombasa’s dark past where it was acting as a trade transit point for slaves and commercial products.

Lamu Town
Lamu Town is Kenya’s oldest surviving town regarded as a UNESCO World Heritage Site because up to date it still holds onto the original Swahili settlements which have preserved the Swahili architecture with Muslims being the main occupants although the ethnicity here is diverse.

Lamu Museum
The best museum is located in town housed in a grand Swahili warehouse on the waterfront and it is regarded as the second best in Kenya making it a good gateway as you’ll get into Swahili culture and that of the archipelago as well.

Lamu Fort
The fort was constructed by the Sultan of Pate from 1810-1823 and as time went on it was turned to a prison from 1910-1984. In the recent years, the island’s library is found here holding onto one of the best collections of Swahili poetry and history of the coastal province.

German Post Office Museum
This post office was established by the German East Africa Company since they treated Lamu as a strategic area of command from as they exploited the interior in the 18th century before the British colonial government coming in and defeating them so the Germans decided to extend into Tanganyika, the present-day Tanzania.

Donkey Sanctuary
This donkey sanctuary solely has at least 3000 donkeys in existence and they aid in transportation within Lamu Island because of no availability of motorbikes and bicycles.

Shela Beach
This is a 12km-long beach with dozens of wide sweeps of pristine white sand suited for Swimming, sun bathing and beach football among other activities.

Matandoni
Is an area of craftsmen who build dhows northwest of the Lamu Island with a very quiet fishing village that receives few visitors but it is worthy of your visit for sport fishing as you learn about the different fish species.

Lamu Market
With a lot of noise in place, a visit to this island with the traditional Lamu market is regarded boring because this is where you see the real daily hustles of Lamu people and you can afford cheap fresh tuna and sailfish.

Activities in the Coastal Province

Guided cultural visits to the, Lamu Town and Old Town, and historical visits to Fort Jesus, Lamu Museum, the German Post Office and Vasco Da Gama monument among others.

Guided nature walks to the Haller Park, Arabuko Forests, Lamu Island and Matondoni among other attractions.

To experience the Kenyan coastal province with our professional driver/tour guide at a cost that will favor you, kindly call us on +254-713510387 or send us an email to booking@tristarafricaskimmersafaris.com

5 Factors That May Affect The Car rental Rates In Uganda